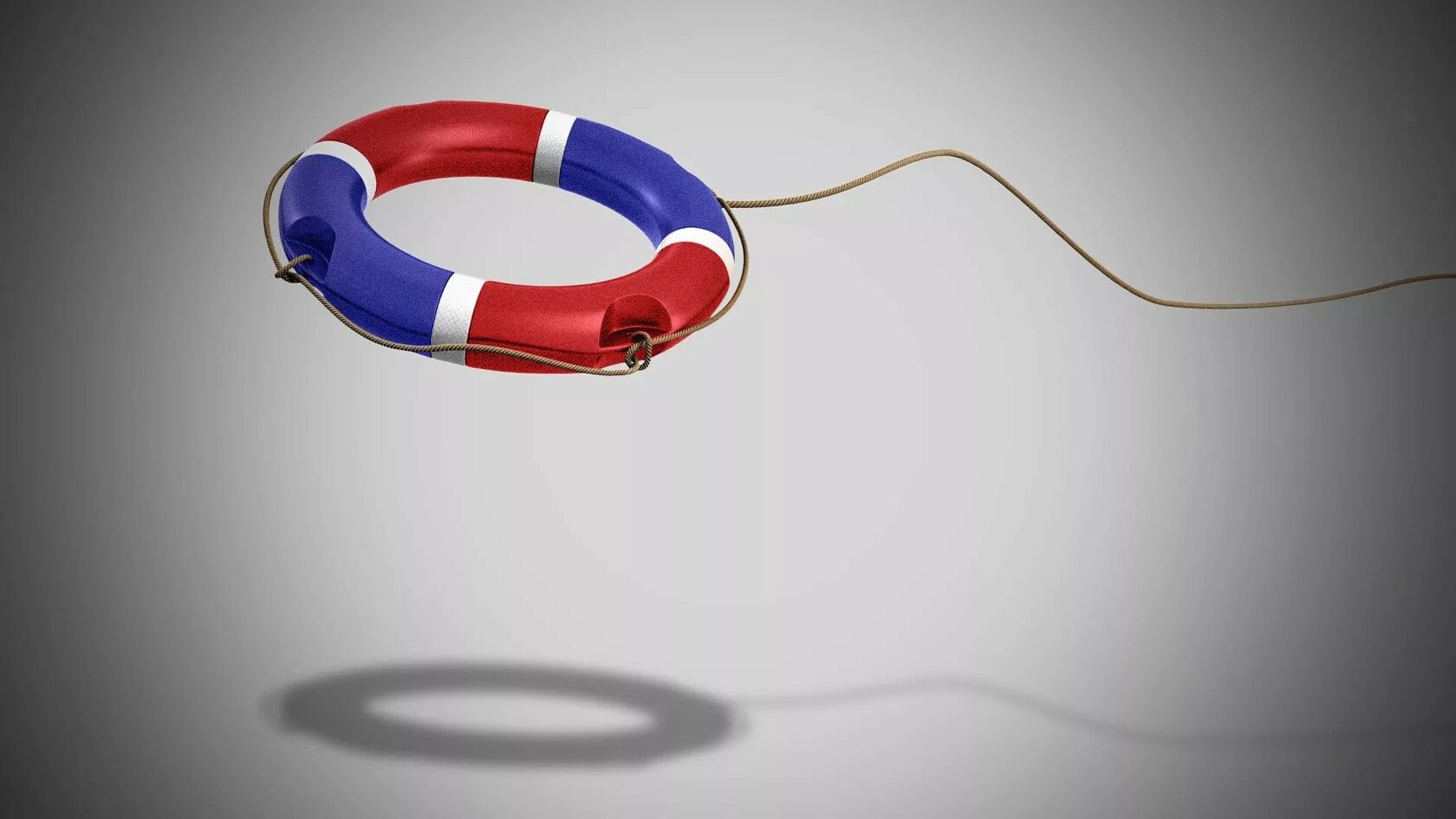 “Russian support can no longer be taken for granted.”

The Russian media continues to focus its attention on Belarusian situation to stress the positive influence of Russia and the negative statements of the Belarusian authorities regarding opposition activities. Other recurrent topics include Belarusian constitutional reform, Western sanctions pressure and retaliatory countersanctions, but in all cases, the benevolent oversight of the “big brother” to the East is a consistent subtext.

A natural extension of the theme of Russia’s “guiding hand” is the topic of Belarusian-Russian integration, which arises in one form or another in most stories concerning Belarus (as does the subject of Belarus’ relations with other states). Russian media paint a picture of an isolated and lonely Belarus surrounded by enemies, relying on Russia for survival. All this also feed into the idea that Belarus and Russian have common national interests. The following themes occur repeatedly:

“The Belarusian Government is weak.”

Constitutional reform and the expected transit of power are widely covered by state-controlled and independent Russian media, but confident speculation regarding the exact timing and the roadmap has evaporated. Discussion of the initial steps towards reform and the likely changes is tempered with reminders that Lukashenka habitually tries to manoeuvre between West and East and aims to retain full authority.

Kommersant’s Dmitry Drize compares the discussion of “transit of power” in Belarus to debate in Russia in early 2020 regarding presidential term limits but fails to offer any specifics beyond constitutional reform being the general topic under consideration in both cases. He advises his readers that it is “easy to predict” the final result of discussions regarding Belarusian transit of power: nothing will change. There will be many forays and retreats, ideas floated and struck down, but at the end of the day, only “Daddy” [Batka] can hold Belarus together and secure its independence.

Drize also draws attention to the perilous and untenable state of the Belarusian economy. The possibility of renewed protests is something that the security forces can address, but they can do nothing about sanctions, migration of essential skills and disinvestment.

Despite this uncertainty and instability, Russian media consistently remind their audience that the Kremlin expects and demands political change. Support for Lukashenka is pragmatic and tactical, not ideologically unconditional. Kommersant emphasises that Belarusian-Russian relations are now viewed through an economic lens and any investment must therefore prove its worth in terms of tangible returns.

Subliminally emphasising the weakness and dependence of the Belarusian state, Russian state media and Kommersant persistently refer to Belarus as “the republic”, endeavouring to establish in the minds of the Russian audience the perception that Belarus is equivalent to one of the republics of the Russian Federation rather than an independent state.

Russian media appear to be pursuing the overarching objective of establishing that any constitutional reform in Belarus that does not align with Russian interests would be fatal to Belarusian statehood and the governing elite, with the overall effect of delegitimising the Belarusian government and Belarusian autonomy in the minds of the audience.

Russia 24 TV reports comments by Natalia Kochanova, Chair of the Upper House of Parliament of Belarus, to the effect that parliament should legislate against the “destructive activities” of foreign agents and their local proxies (meaning, of course, the opposition). She explicitly directed this towards media organisations, accusing the fourth estate of distortion, fraud, lies and fake news and stressed the importance of preventing attacks on Belarusian citizens privacy and personal data (a transparent reference to opposition efforts to “out” the identities of siloviki enforcers). Kochanova argues that Belarus now confronts a wide range of new threats, such as “economic sanctions, double standards, information aggression, falsification of history, hybrid wars, colour revolutions”, thus, creating a “need for the consolidation of society to counter the challenges of our time” and the modernisation of some laws “to ensure national security, strengthen the rule of law, and achieve social stability and harmony in society.”

Ukraine is invariably portrayed as the heir to Georgia as a leading troublemaker, abuser of Russian rights and fomenter of conflict. Aspirations towards NATO membership and disputes over Crimea and the Donbas are viewed as Russophobic offensives and geopolitical threats rather than matters of Ukrainian territorial integrity. In this way, the Kremlin and the Press recall the post-Decembrist Russian Empire and its conviction that it had the right and, indeed, the obligation to intervene to uphold the rights of Orthodox co-religionists irrespective of where they reside. Language now takes the place of religion, but the Kremlin perceives the same extra-territorial prerogative to meddle in Ukraine and, were it not for NATO, probably the Baltic states as well.

Inconveniently, it is challenging to develop an analogous case for the defence of Russophones from persecution where Belarus is concerned. There are no examples of veterans being abused in the streets on which to hang appropriate propaganda; Belarus/Russian relations are a question of the indecision and duplicity of an opportunistic leader. However, the spectre of Poles can be exhumed to haunt the living, and there are still a few Belarusian nationalists who want to make Belarusian the sole official language. Such “useful idiots” can be exploited to frame Belarus as an extension of Ukraine situation and a threat to the country’s pro-Russian orientation.

Again, for Kommersant, Dimitry Drize turns to Russian ex-Culture Minister and notorious nationalist Vladimir Medinsky for dire foreboding about encroaching “Western values” and the (alleged) inevitable outcome of losing the Kurils, Kaliningrad, Karelia, and Vyborg. Given Medinsky’s background, Drize interprets this as the voice of the Kremlin, warning satellite states where persistent grumbling about Russian influence will lead. Such WWII related territorial matters are a sensitive topic in places like Belarus, especially when considered alongside recent events in the Donbas vs Ukraine. However, Medinsky notes but does not understand why many historically “fraternal” countries view the prospect of assimilation into another Greater Russian Empire with distaste. This may indicate genuine cognitive dissonance within the Kremlin. At least some may actually believe their own propaganda about the dissolution of the USSR being the destruction of an amicable federation from without, rather than a widespread bid for freedom from within.

As far as the Russian state Media are concerned, the solution to all dilemmas is clear and inevitable: deeper integration. For two countries of such wildly differing size, both geographically and demographically, this would obviously mean annexation and assimilation in practice, but the media avoid discussing such a conclusion. Instead, they repeatedly return to the narrative that the Belarusian government cannot cope independently and only maintains a pretence of stability thanks to Russian assistance. Consequently, without political reform beneficial to Russia and further integration, the Belarusian crisis will deepen.

The message is directed as much towards the Belarusian regime as the Russian public, given that the principal obstacle is not xenophobia on one side and popular nationalism on the other, rather a Belarusian governing elite who want to remain big fish in their small pond.

Rather than promote the benefits of integration to the public (and thereby imply it to be optional), the Russian Media view it as more pragmatic to present the matter as a foregone conclusion and dwell on the potentially dire consequences of delay.