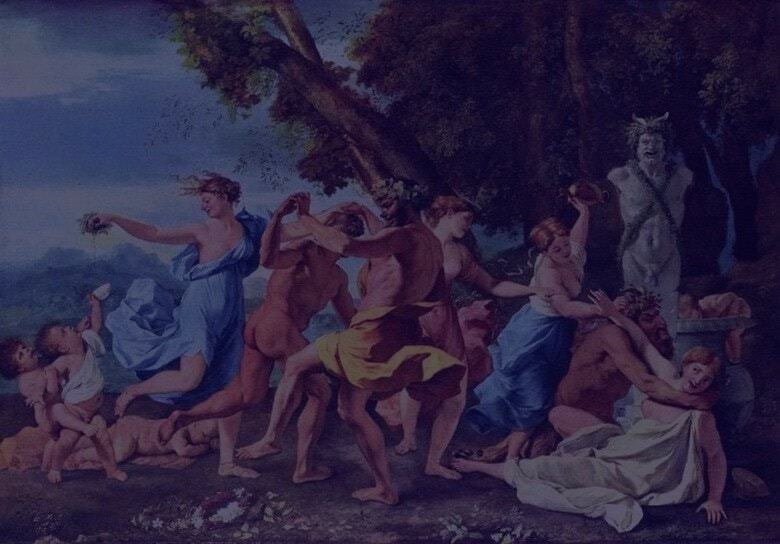 “Time to stop the mayhem”: How the Russian media covered protests in Belarus, October–November 2020

Over the past few months, reports by Russian media regularly claimed that the Belarusian authorities were expecting the ongoing protests there to become radicalised, and outlets consistently promoted a narrative suggesting that those authorities were simply inefficient and incapable of controlling the unfolding situation without assistance from their stronger, superior neighbour. This narrative, perpetuated across platforms ranging from YouTube to more traditional media, included the claim that the authorities were unable to both realistically assess the true extent of the ‘radicalisation’ of these protests – which were, in fact, often framed as febrile “riots” – and to offer an adequate response to the crisis.

Examples of content in which such claims were made featured the use of manipulative techniques typically deployed by Kremlin-owned media outlets in order to influence their audiences: affirming the Kremlin’s version of reality, chiming with pre-established false narratives, leveraging emotion and drama to frame events for their strategic intent. Interestingly, but not surprisingly, when such outlets reported on “radicalisation” they also used techniques previously employed with regard to Ukraine. Such techniques include demonising protesters, drawing parallels with the Nazis, and playing on – or indeed, creating – fears amongst the audience.

It is possible to identify two main strains to the disinformation narratives found in content on the protests in Belarus during October and November 2020: the idea that protests are being radicalised, and the related suggestion that such radicalisation and escalation could be better prevented with the help of Russian intervention.

Narrative strand: The radicalisation of protests

During the above period, Russian media eager to perpetuate disinformation regularly propagated a rather one-dimensional narrative suggesting that the Belarusian authorities were expecting the further radicalisation of protests in that country. For example, “Soloviev LIVE”, the YouTube channel of the high-profile propagandist journalist Vladimir Solovyov, attempted to convince viewers that protesters had been provoking the government, that there is a split in society, and that protesters had also been effectively terrorising security officials and their families as well as those members of the public who were not participating in the protests. Meanwhile, the influential news outlet Vesti.ru quoted President Lukashenko as saying that the protesters had “crossed a red line” and had posed “a terrorist threat” when they interfered with railroad signalling equipment, which could lead to “disasters and deaths”.

Such reports typically consist of naked assertions, devoid of proof, which viewers are expected to accept on trust. They appear designed to achieve and amplify disinformation, and help to frame as logical and inevitable the notion that relatively weak Belarus can only survive the protests with assistance from its superior neighbour. Moreover, in promoting the fear of ‘radicalisation’, they implicitly posit that stability and continuity in the region are preferable to democracy and pluralism.


During the two months surveyed for this article, several Russian TV channels regularly used quotes from Lukashenko, including the following:

“The organisers of protests in Belarus have already passed seven or eight stages according to the colour revolution handbook. There is very little left. The next stage is radicalisation. It is already happening. It is no longer an information war, but a terrorist war against us [from] different directions. We must stop this.”

Such channels informed viewers that from the perspective of the authorities, despite the “radicalisation of the protests”, the police in Belarus remained in control and were able to “forestall aggravation, protect society and every citizen”. Such a framing affirms the image of ‘brave’ police besieged by rioters, an image where the same authorities’ brutalisation of peaceful demonstrators is conspicuously absent.

Indeed, in November, the death of the 31-year-old Minsk resident Raman Bandarenka, following a beating by plainclothes officers, prompted people to create memorial sites throughout the capital city. Soon after this, Russian media picked up on the warlike rhetoric of Lukashenko, who dramatically branded such memorials as “a place where the civil war starts.” Both the news agency Interfax.ru and the state-run station TVC quoted Lukashenko saying that order must be restored “without barbarism, not to allow those villains to write that we are barbarians”.


Also in November, Russian media reported on the new concept of “Zones of influence of destructive citizens”. Both Interfax.ru and the longstanding state-owned TV channel Russia 1 explained that this designation applied to those areas within Minsk that “require special attention” further to Lukashenko’s command to restore order there.

Overall, during this period, we saw various disinformation motifs that persist today and that have previously been identified as part of Russian media’s toolkit for manipulative messaging, with the above cases being just some recent examples. Moreover, it is notable that where Russian state media reports on the escalation of violence in Belarus, they tend to refer to the actions of its security forces and to various statements made by Lukashenko, rather than to the involvement and activity of protesters themselves.

Narrative strand: The Belarusian authorities have responded inadequately to the protests, and will be unable to stop them without Russian assistance

Perhaps unsurprisingly, Russian media coverage of the Belarusian authorities does not cast them in a positive light or attempt to make them look appealing. Indeed, it frequently quotes statements containing outright threats made against the protesters. For example, one outlet quoted Mikhail Grib, the head of Minsk city police, as saying that “no one will stand on ceremony with anyone, since the time for persuasion is over”; that “it’s time to stop the mayhem and playing with fire is not worth it”, and that “within a week exemplary order will be restored in Minsk” upon the request of the “population”, whose members are “tired of the riots.”

In addition, Lukashenko was at points presented as an almost absurd figure with a tendency towards bombast and hubris. The state-owned Russia 24, for example, ran several reports referring to the president’s confident assertion that “the Belarusian security officials will act decisively in respect of participants in riots” and that “if someone touches a military man, he must leave without hands”. The same outlet also drew attention to the president’s bold words: “this is it, we have nowhere to retreat, and we do not intend to retreat”. The Russian propagandist Vladimir Solovyov reacted strongly to Lukashenko’s comment about “taking no hostages”, saying: “What is he [talking] about? Will he shoot them in the streets or something?” Undermining Lukashenko in this manner contributes to the idea of the need for greater intervention from Russia.

Indeed, Russian state media typically tries to persuade viewers that the Belarusian authorities cannot cope with the situation on their own; the specific suggestion is that they panic, and that their reaction does not correspond appropriately to the activity of the protesters. For instance, the period of October to November saw various Russian TV channels reporting in detail on the methods used by Belarusian authorities to suppress the protests. The aforementioned TVC, for example, told its audience that police in the country had used “special means” including “flash-noise grenades”, “tear gas, water cannons...and baton rounds”, and dramatically reported that mobile internet was “malfunctioning”, with several key metro stations “closed” and “road closures on several streets”. Russia 1, meanwhile, referred to a statement by the Ministry of Internal Affairs (MIA) spokesperson Volha Chemadanava, stating that: “[circumstances] forced the police to use special means against citizens who violated public order and resisted MIA officers.” It also described how parts of the city centre had been “fenced off”, with security forces reportedly taking control of key areas such as Independence Square and the Government House. Indeed, reports repeatedly referred to special police means being used to disperse the protests, with this being a Russian euphemism for riot control equipment. Similarly, the aforementioned Russia 24 ran emotive coverage of events unfolding in Belarus, describing the use of barricades and armoured vehicles as well as “infantry fighting vehicles with meter barrage shields”, amongst other militarised equipment.


Such claims relate to, and in many ways amplify, the above narrative strand concerning the ‘radicalisation’ of protests, with the logical consequence of such reporting being the suggestion that the escalating crisis would be better addressed by strengthening the role and influence of Russia, rather than any resolution being left to the Belarusian authorities who are seen to be increasingly incapable of restoring stability. As ever, stability is presented as the end goal for Belarus, as opposed to democracy.