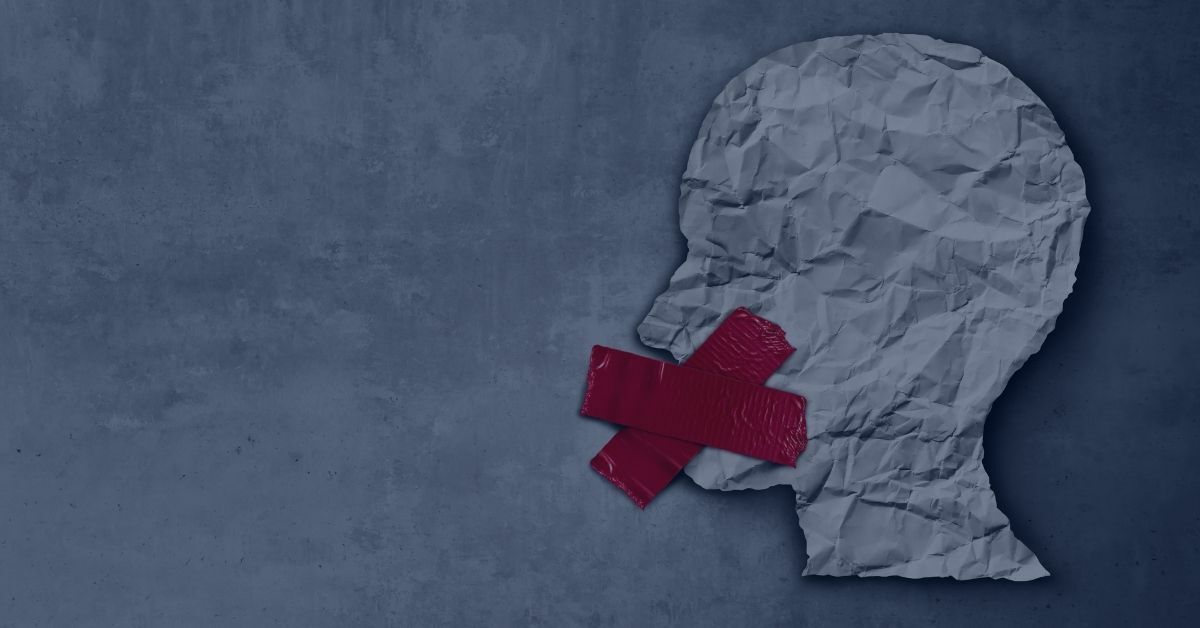 “Reverting to a fully censored society”

Belarusian deputies have adopted amendments to the criminal law that affect the work of the media. Media IQ asked an expert to assess how these changes will affect journalists and freedom of expression in general.

Media IQ interviewed a lawyer, deputy chairman of the Belarusian Association of Journalists Oleg Ageev, regarding the changes.

“Almost all of the changes are aimed at restricting freedom of speech.”

What do these changes to criminal law mean for the media?

Given the current practices of the authorities in respect of application of the law, administrative and criminal codes are frequently used to persecute media employees, journalists and bloggers. Almost all the changes aim to restrict freedom of speech and the right to disseminate information. That is, they will primarily impact online resources, bloggers, and journalists. We must closely monitor the progress and implementation of this bill because it is likely to significantly worsen the already difficult situation of all those who exercise their right to freedom of expression and the right to disseminate information.

There is a clause creating criminal responsibility for distributing prohibited information, participation in extremist groups, and promoting extremist activities.

If we analyse the wording, there appear to be two distinct sets of changes. Firstly, articles relating to responsibility for violations of laws on extremism are likely to be amended. Secondly, the introduction of criminal responsibility for disseminating specific information leads us to the Law on Media, which has an extensive list of prohibited topics. Some of these are legitimate and concern legally protected objectives, but there are many others, illegitimate by their very nature, by which the authorities interfere in the right to freedom of expression.

The new proposals enable prosecutions for re-distribution of information prohibited based on a long list of criteria and only apply to independent online resources rather than officially registered media networks. There are very few formally registered Internet resources in Belarus, and these are essentially state propaganda outlets. Since most online information dissemination is unregistered, criminal responsibility will apply to many people; essentially, anyone who administers a website.

Such a step is a severe regression in government regulation of freedom of expression and constitutes a rollback towards a wholly censored society.

What does extremism have to do with the media?

The law on countering extremism will be significantly amended with illegitimately vague wording, making "extremism" indistinguishable from terrorism and incitement to ethnic hatred in terms of consequences. The apparent objective is to make it easier to prosecute anyone deemed problematic. The definition of extremism is expanded, and additional criminal offences of participating in an "extremist formation" and promoting "extremist activities" are being introduced with equally vague definitions.

Our legislation upholds ever fewer norms that are clear, well-drafted and confer legal certainty.

"With each set of amendments, the authorities, law enforcement agencies, prosecutors and courts gain more power to reach arbitrary decisions and hold anyone to account."

At educational events, I often point out the apparent extremism of selected lines taken out of context from random publications. Unfortunately, this is also a method employed by Belarusian authorities. Vague language and the latitude to designate almost anything as a breach of the law is the direction in which regulation is now moving.

What penalties could a journalist face for announcing or reporting unauthorised actions?

Dissemination of such information is prohibited irrespective of accusations of extremism. However, if an unsanctioned event is considered extremist, or the organisers are members of extremist organisations, then liability on this basis is also likely to apply and hang over the media like the sword of Damocles.

Administrative liability already exists for the publication of information about "mass events", even if it is assumed that it will be or is peaceful and innocuous, such as an internet post saying, "let's go and ride a roller coaster at such and such a time.". People have already fallen foul of such provisions, and if there is a repeat violation within a year, matters may escalate from administrative to criminal liability.

Regarding "prohibited" information, can we discuss the prohibition on opinion polls if not accredited by the commission at the Academy of Sciences of Belarus?

There have been some cases where journalists have been prosecuted for violating citizen survey regulations simply for conducting routine street interviews.

In some cases, the courts have tried such cases and imposed penalties, and in others, they have referred the matter back for reconsideration.

Once again, this is a problem arising from a poorly drafted law, illegitimate by nature, and admitting an overly broad interpretation. An entire class of such statutes exist that were prepared in haste, adopted without debate, and impose liability based on vague criteria, facilitating ever more arbitrariness on the part of law enforcement agencies.

“When freedom of expression is driven into a ghetto, it is a disaster for any society”

The criminalisation of intentionally publishing another person's personal data without their consent and compromising their privacy.

The law on protecting personal data, which has been in limbo since passing first reading almost two years ago, is being revived at an accelerated pace. The law itself is not bad, but the present urgent concern regarding personal data is more likely a further attempt to restrict media freedom.

Hrodna journalist Denis Ivashin was detained based on allegations regarding activities that are only now being legislated against. Specifically, his investigation published in the newspaper "New Hour" regarding employees of the Ukrainian "Berkut" who were involved in the 2014 Maidan and subsequently re-emerged as members of the Belarusian riot police. Formal charges have not been publicly announced; we only know that the allegations relate to article 365 of the Criminal Code ("Interference with the activities of an internal affairs officer"). Based on the content of those provisions, it would appear that Ivasina is charged with disseminating information about police officers without their consent.

Article 365 of the Criminal Code concerns information that a police officer wants to keep secret for investigative purposes, not personal data. We are already overrun with state secrets. The list is ever-growing as the state arbitrarily declares new restrictions and permits police officers to decide what information constitutes a secret unilaterally.

The clause under which Ivashin is accused is a precursor to what the legislature is currently trying to introduce in the Criminal Code.

Of course, personal data needs to be protected, but given the lack of accountability of Belarusian law enforcement agencies, we should expect serious problems.

There is a clause in the draft law on personal data permitting journalists and the media to collect and distribute personal data without consent if there is a socially significant justification, but this protection will only apply to officially registered networks. Consequently, there will be even more opportunities to prosecute publications that reveal corruption or other crimes by government officials.

The scope for free expression and distribution of information in Belarus resembles a small island, surrounded by continually shifting prohibitions on all sides. No society can develop unless there is a open public debate. When freedom of expression is driven into a ghetto, it is a disaster for any society. The Belarusian authorities, unfortunately, seem determined to amplify this to catastrophe.


“If you can go to jail for saying something critical, then that is a violation of freedom of expression”

They also want to increase the penalties for libel.

Currently, the offence of criminal libel exists, carrying penalties of up to three years detention.
The Belarusian Association of Journalists (BAJ) has long advocated for the decriminalisation of alleged defamation (i.e. slander and insults), not only against ordinary citizens but also government officials, up to and including the president.

Yes, freedom of speech is not an absolute right, and abuse of this freedom should be penalised, but by international standards, this should not amount to jail sentences.

Imprisonment resulting from a defamatory statement is a disproportionate violation of freedom of expression. Rather than decriminalisation this, the recent proposals increase the penalties diverging even further from accepted standards of the rule of law.

The criminal proceedings arising from alleged defamation were rarely initiated in the past, but this is no longer the case. We, therefore, have yet another departure from commitments that the State made by ratifying international legal standards prohibiting the jailing of people for defamation.

We have experienced situations where the actions of the media have come under scrutiny based on this provision. In the "BelTA case", criminal proceedings were initiated regarding the unauthorised access of journalists to state media information. The complaint was withdrawn after payment of damages, but fourteen journalists and editors were charged because they injected passwords on the BelTA website to obtain information from the news feed; this was regarded as illegal possession of computer information.


The authorities selective application of the law is clearly illustrated here, and by expanding the scope for prosecution, they are removing ever more restraints upon the actions of their special services. They have the discretion to persecute a large number of people based on activities posing a minimal threat to society and the state. I do not think there is any significant harm associated with using a password that does not belong to you. However, people endured several days classified as criminal defendants and had to reimburse huge sums despite having caused no demonstrable harm. As a consequence, the editor-in-chief of TUT. BY, Marina Zolatava was eventually convicted of the crime of failing to supervise her employees who were logging in to the BelTA website using passwords belonging to others.

Essentially, the authorities contrive to apply sanctions to journalists with no apparent connection to the activities of the media.
Media IQ