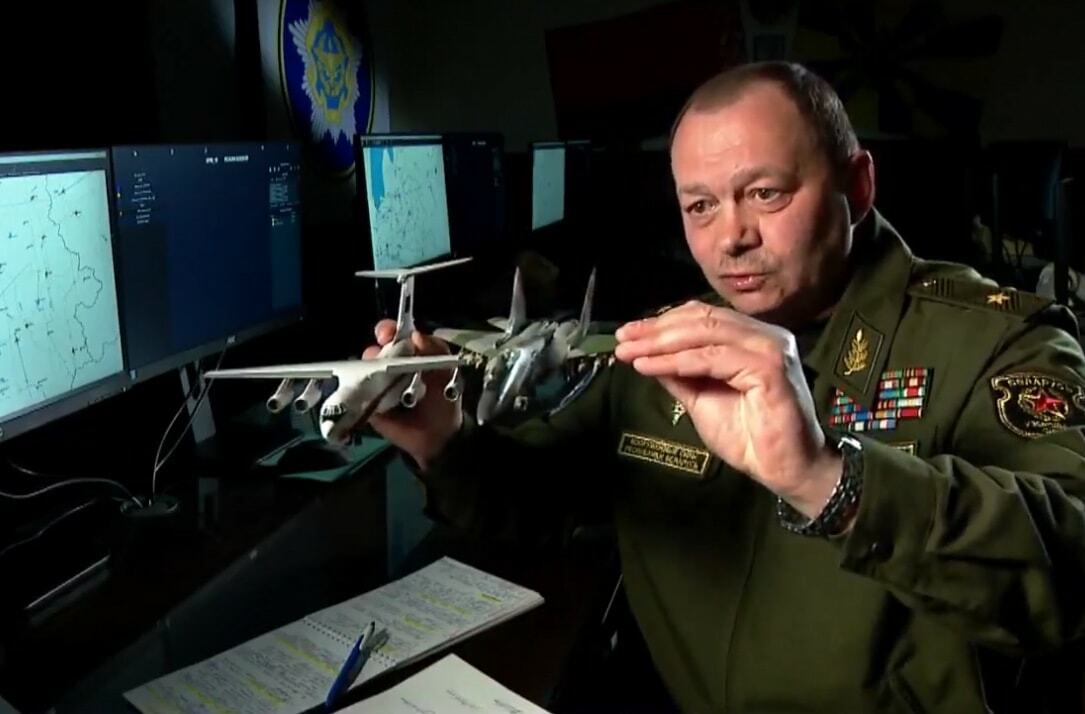 Moscow and Minsk seek to weaponize Protasevich against the Belarusian opposition

Roman Protasevich, the blogging "terrorist" intercepted and abducted from a commercial airliner over Belarus, has recently dominated the news agenda for Minsk and Moscow. Western hypocrisy and perfidy is the central theme for both, though the Kremlin overlays this with the usual reminders about the weakness and inability of Belarusian authorities to cope without Russian support.

The initial response of the Belarusian authorities to the backlash arising from the plane hijack focused on denying that they had violated any rules or norms. Contesting that the plane was intercepted and taken to Minsk was obviously impossible, so whataboutism involving incidents elsewhere over the last fifty years (none of which were actually comparable) became the order of the day. However, before long, the real agenda (discrediting the opposition) reasserted itself.

On 14th  June, scenes well-known to Iran and North Korea watchers played out on Belarusian State television. At a press conference called by Belarusian authorities, ostensibly to explain their actions, Roman Protasevich was wheeled out in person to deny any suggestion that he had been forcibly abducted before launching into scripted rumours of conflict and discord in opposition circles, closely echoing the tropes and themes of regime agitprop. Several other interviews with state media followed, but the relevance of (alleged) internal squabbling in opposition circles to the facts of a plane hijacking was never explained.

The differing agendas of the aviation authorities and the military vs the Foreign Ministry are to blame. The former is primarily concerned with defending reputations in the face of evident participation in lawless acts of air piracy, while the latter are focused on the anti-opposition propaganda potential of such a high-profile captive. Hence, a substantial degree of doublethink regarding the Protasevich's status is required: to fit the legal agenda, he needs to be a dangerous terrorist, but for propaganda purposes, he must seem to be an authoritative commentator on the inner workings of the political opposition and particularly tensions between Tsikhanouskaya and Latushko.

Using Andrei Mukavozchik and Grigory Azarenok (both are notorious propagandists) as the primary sock puppets to attack the opposition lacked credibility. This was evident even to those who orchestrate such noise, so having a high-profile member of the opposition cooperate in discrediting his own side is too good a chance to miss.

Consequently, at no time was Protasevich compelled to renounce his opposition viewpoint. His value is based on being an "insider" who can make specific allegations about Tsikhanouskaya, Pavel Latushko (NAU), Stepan Putilo (NEXTA), and Olga Karach (Nash Dom).

Before Protasevich, the leading asset in this space was Yuri Voskresensky, a businessman and ordinary member of Viktar Babaryka's initiative group over whom the regime could exert pressure. Overnight, Voskresensky was elevated to "campaign staff member" to give weight to his (apparently) spontaneous recognition of his misguided errors and calls for national unity. However, his lack of a public profile before his cooption by the authorities limited his usefulness.

Protasevich, on the other hand, has a high profile as a former Editor of NEXTA Telegram channel, designated as extremist in Belarus, lending far more credibility to his alleged insights into the internal dysfunction of Tsikhanouskaya's organization after his emergency rehabilitation from "terrorist" to "repentant, misguided patriot".

The inevitable allegations of coercion had to be preempted, so Protasevich was paraded for the cameras, escorted but unshackled and (apparently) unharmed. However, the authorities overplayed their hand by requiring Protasevich to state that "I am in the safest place for me [KGB jail - Ed.]" and "if I were released now, I would definitely ask for state protection."

It is unnecessary to hijack planes to offer "protective custody, particularly if the abductee desires such "protection". Instead, propaganda apparatchiks try to reconcile irreconcilable objectives and collapse into a singularity of contradiction in the process.

Over the following days, state media were at pains to repeat the mantra that Protasevich was not mistreated or coerced in any way, is cooperating voluntarily, and urges people not to spread false rumours about his detention conditions. Some seventy per cent of state media coverage was devoted to such preemptive denials or defaming the opposition, or both.

Less attention was paid to other comments from Protasevich, but state media still found space to note that:

Russian media attention to Protasevich's detention and staged appearance unsurprisingly devoted extra attention to his girlfriend, Sofia Sapega, a Russian citizen detained with him. Protasevich's interview with Marat Markov on Belarusian TV channel ONT became a particular focus as: "Protasevich admitted that he was involved in the organization of riots."

Both state and independent Russian media have a consistent narrative regarding Belarus, which they use as a framing device:

Western reactions to any Belarusian transgression are invariably criticized as biased, excessive, and politicized, and the Ryanair incident is no exception. Russian media were quick to repeat Vladimir Makei's view that "the West is not interested in investigating the emergency landing incident in Minsk of the Ryanair airliner."

The audience is invited to believe that the West has no interest in facts or the truth and is opportunistically manufacturing scandal based on ulterior motives. Meanwhile, Belarus cooperates in good faith with the ICAO and all relevant international norms and regulations.

Let not thy left hand know what thy right hand doeth.

When the story first broke, there was a failure of coordination between Minsk and Kremlin propaganda narratives. Russian media immediately hailed a brilliantly executed special service operation to capture a wanted terrorist, while Minsk claimed to be acting in response to a bomb threat from the Palestinian "Hamas" organization, with the detention of Protasevich being mere happenstance.

This discrepancy was rapidly corrected as Russian media aligned with the Minsk version, including pointed denials of any FSB participation and quoting UK officials stating they "have not found any additional evidence of Russian involvement."

Shortly afterwards, Vladimir Putin was interviewed, expressing complete confidence in the Belarusian authorities and denying any advance knowledge regarding the incident.

Suitably re-educated, Russian media were as keen as their Belarusian counterparts to stress that Protasevich has no complaints about his situation, has full access to legal representation and though "still not a supporter of ... Lukashenko", he "respects him as a person."

Allegedly, he considers that "the detention centre [is] the safest place [for him] at the moment" due to the presence of radical elements with some unspecified connection to Ukraine. However, Protasevich apparently advises his parents, currently in Warsaw, that they are not at risk in Belarus and are "simply being used [by] specific politicians to encourage protests".

Rossia 24 takes this litany of propagandistic denial still further, claiming that Roman "feels great, is in a great mood, has no complaints about his health, and no one assaulted him in the detention centre." Additionally, he "did not make deals with the investigation, he was not forced to cooperate, everything was voluntary", and he is interviewed"only by representatives of the Investigative Committee [of Belarus]". Protasevich is convinced that he was "surrendered to the special services by former associates" and "by cooperating with the investigation, I am helping my country and intend to continue to do so.

Kommersant, and to a lesser extent Russia 24, also touch on the topic of Minsk born billionaire Russian oligarch Dmitry Mazepin who some allege has a hand in the current political crisis. Protasevich has apparently "told everything he knows [about Russian oligarchs, and] has nothing more to add". Innuendo abounds, but facts are in short supply.

The Wicked Witches of the West

Even nominally independent Russian media align with the overarching objective of promoting a Russian/Belarusian union, and fearmongering about the malignity of "the West" and conspiracies emanating from Washington and Brussels (with help from Warsaw and Vilnius) is a favoured tool. Viewed through this lens, the Protasevich incident slots neatly into the broader narrative.

Cover: Print screen from an ONT report about the forced landing of a Ryanair plane